Looking to grow good-quality cannabis at home? Then you can’t be shooting in the dark! The first thing you will need to know is how to identify male vs female marijuana plants.

And luckily, you’ve come to the right place because we are about to explore the science of sexing cannabis in quite some detail. Already excited? Let’s begin!

Why does the sex of a cannabis plant matter?

Female and male cannabis plants have different roles. The females produce buds, which are the most potent flowers you can get. These buds are basically high-quality cannabis — they contain a good amount of THC and are trimmed for further processing.

Meanwhile, the males are more into seed production, and they are bad for growing deluxe cannabis for two reasons:

And that’s because males produce pollen. When a female plant is impregnated with pollen, it starts producing seeds. Not only does this reduce the quality of the female plant in terms of THC concentration, but it also prevents the buds (the good part!) from reaching their full potential.

For you, this means that an inability to sex cannabis plants will reduce the quality of the cannabis you grow, and you should know that for some people, it’s a matter of life and death.

With that being said, let’s discuss how to actually tell the difference between a male vs female cannabis plant!

What are pre-flowers and why are they important?

It’s important to determine the sex of cannabis plants as early as possible because it allows you to get rid of the males early on. It also helps you direct your time, energy, and resources towards the female plants instead of wasting them on males that you don’t intend to keep.

And that’s why you should be aware of not only what to look but when to look when trying to sex cannabis plants.

The vegetative stage is when the plants are growing up. Their resources are being used up in growing taller and bigger and the plants are not really thinking about reproduction at the moment, which is why it’s hard to spot the gender in this stage.

However, at around 6 weeks from the seed, cannabis plants start showing pre-flowers, which mark the beginning of the flowering stage. In the flowering stage, the plants get down to reproduction, and so they start growing buds (in females) and pollen sacs (in males) with full vigor.

It is at this point in time that you should start looking carefully to differentiate the male flowers from the females accurately. But you should be aware that sometimes it can be difficult to identify the sex at this stage and you might have to wait for the plant to go further into the flowering stage before you can do so.

Pre-flowers are essentially tiny versions of the adult plant genitals, and you can usually find them near the top of a cannabis plant. But sometimes, they can be located randomly, so you’ll have to search for them carefully.

The differences in the appearance of the pre-flowers are what gives away the sex during this stage, so let’s discuss those now.

How to tell apart young female cannabis plants from the males?

If you’ve ever played cards and know what the spades look like, you can identify the male pre-flowers easily because they resemble the spades.

Males start growing pre-flowers earlier than the female cannabis plants (at around 3 weeks from seed), so if you can catch them at this stage, you can really prevent a lot of time and resources from flowing into the males.

But, the male pre-flowers start off as extremely tiny (your thumb will look gigantic when placed next to them), so sometimes you’re not really sure if the plant is male. Other times, the pre-flowers show up in different physical “variations”, making it difficult to identify them as males.

One of these variations is that the pre-flower is located on a tiny stem. Other times, the pre-flower might be located between two leaf-like projections, and it unfurls as time goes on. In such circumstances, it’s best to wait and let the plants develop further.

Oh, and if you’re wondering what male pre-flowers really are, they are just pollen sacs. For the nerds out there, a male pre-flower is also called a staminate.

The pistils are basically pollen-catchers — they are sticky and can trap pollen inside them (which, by the way, you don’t want to happen). Once the pollen meets the pistil, the female plants produce seeds, and their quality goes down the drain.

And just like with the male plants, sometimes it’s going to be a bit difficult to definitively identify the female pre-flowers. And sometimes, you might not even find the pistils. In such cases, wait a week, and let the plants develop further.

Now, here’s a little trick to help you determine the sex when the cannabis pre-flowers are a bit unclear.

Stipules are tiny, green, hair-like projections that you can often find near the pre-flowers. In male plants, these stipules almost never cross each other.

So, if you find a pre-flower that’s not entirely female-like, you can take a look at the stipules to help you reach the conclusion. If they cross each other, you can be a bit more sure that the gender is female.

Another difference that can help you classify the gender better is in how the stipules look. In males, they are often leafy. In females, they are more pointy. However, this is not a “law” and a lot of variabilities exist in how these stipules appear in males and females.

So while using stipules along with the pre-flowers and other findings for gender identification is a good idea, relying on the stipules alone would be a blunder.

How to differentiate between an adult male and female cannabis plants?

Before we get into this, let us repeat that you do NOT want to reach this stage. Your goal should be to identify male plants as early as possible and to remove them from the ladies, lest they spoil the entire growth room.

But if for some reason your plants have reached advanced phases of the flowering stage, here’s how you can ID the male plants (and protect the females from them!).

If you compare adult male plants with adult female plants, you’ll notice that they have thicker stalks and fewer leaves — they look less “bushy”.

Also, do you remember the teeny tiny male pre-flowers that were difficult to spot (and classify) when the plant was young? Those pre-flowers grow into enormous pollen sacs in adult plants. So when you take a look at where the branches join the stalk, you’ll easily spot these pollen sacs — they hang off junction like banana bunches.

Compared to male plants, females have a richer growth of leaves on them — they look more “bushy”. The female plants are also shorter than the males.

Then, just like in the male plants, the pre-flowers of female plants take a clearly identifiable form in the adults. When you look at the junction between the branches and the stalk, you’ll find clearly visible pistils, which are white hairs coming out of a tear-shaped bud.

What are hermaphrodite cannabis plants and how to deal with them?

Sometimes, marijuana plants can be both male and female. They contain both the buds (female) and the pollen sacs (male). Such plants are called hermaphrodite marijuana plants, also known as “hermies“.

Because hermaphrodites are capable of producing pollen, they are just as bad as the males. They can impregnate the female plants, diverting their energies away from high-quality cannabis. And this is why a hermaphrodite needs to be removed from your garden as soon as you spot it.

P.S. You need to remove hermaphrodite (and males) entirely from your growth area because pollen is extremely effective at traveling short distances. Simply separating these plants from the female plants won’t work!

Hermaphrodite plants are born because of two reasons:

Stress on the marijuana plant

Many natural stressors induce the development of hermaphrodite plants, and these include things like inappropriate lighting, diseases, nutritional deprivation, and damage to the plants. For example, a snapped branch might repair itself and turn into a “hermie”.

So, if you want to prevent the development of hermaphrodite plants, it’s important to make sure they’re not exposed to these stressors — and if they have been, close monitoring is required.

Some plants have a history of producing “hermies” repeatedly, and genetic factors are at play here.

If you spot a plant that’s producing hermaphrodites repeatedly, get rid of it immediately.

How to identify a male vs female cannabis seed?

If it were possible to identify the sex of cannabis seeds, feminized seeds (more on them later) would not have been so popular, right? Anyone could have bought regular seeds and simply weeded out the males.

However, it is true that if cannabis seeds are exposed to environmental stressors, they can convert into hermaphrodites, which are as bad as the male plants.

So, in a sense, you can identify a male plant if you know the seed has been exposed to environmental trauma but identifying female seeds just by their appearance is far from reality, at least for now.

While you might not be able to identify the sex of cannabis from how the seeds look, you can determine the sex if you wait for around 3 weeks after the seed has sprouted.

That’s because chemical tests are now available (and are getting more popular) that can accurately determine the sex of cannabis plants as young as 3 weeks!

Some of the technologies used to achieve this include:

While PCR is used to determine the sex, the other two tests can be used to find out the THC concentration (potency) of young cannabis seedlings. Amazing, isn’t it?

All you’ll need is a wee bit of plant tissue (e.g. a small part of a leaf), and of course, a lab.

Want to avoid the hassle of sex identification? Use feminized seeds to grow cannabis!

We get it. Identifying cannabis can be confusing, especially if you lack experience. If you want to avoid the hassle of cannabis sex identification, one easy workaround is to grow from feminized seeds (vs regular seeds), 99% of which will grow female plants.

Feminized seeds can be created in a variety of ways — one common method is to repeatedly spray the plants with colloidal silver, which inhibits the male DNA, forcing plants to produce female pollen. These plants are then crossed with female flowers, which leads to the production of feminized seeds.

However, be careful when using feminized seeds to grow large numbers of cannabis plants.

And that is because these seeds aren’t perfect — there’s a slight chance that you might end up with a male plant. This chance is almost negligible when growing cannabis on a small scale, but on larger scales, this could become significant. And one male plant has the potential to spoil many females.

So when growing a large number of cannabis plants, it’s a good idea to be aware of the differences between males and females.

Now you know how to identify male vs. female marijuana plants!

And that’s a wrap, folks!

Remember, it’s tough to identify the sex of cannabis plants before 6 weeks. But you should strive to do so as early as possible because the longer the males stay in your growth area, the higher the chance they’ll spoil your females.

One way to help yourself in sex identification is to look at a lot of male and female pre-flower pictures because differences in them are what really determine the sex of cannabis plants.

And of course, if you want to avoid sexing cannabis altogether, give feminized seeds a try (although with caution!). 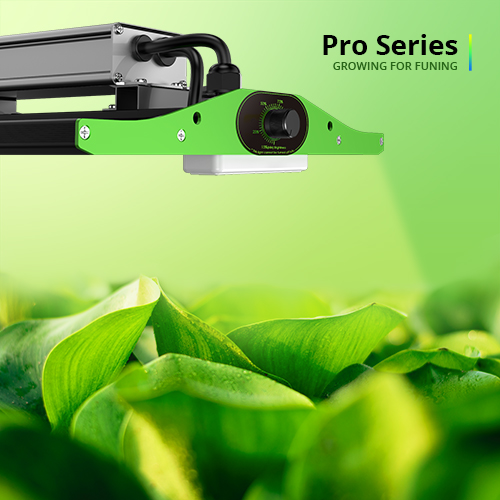