What Do Weed Seeds Look Like? | Essential Information for Great Yield

A good quality weed seed will yield a good harvest. So, how do you tell how healthy it is from many?

It's crucial to know what to expect when you germinate cannabis seeds. It will help you deal with the different stages of growing your weed.

There are many weed seeds, and some of them, like heFrmies, can ruin your weed project. Therefore, it is essential to know what viable cannabis seeds look like.

Are you thinking of germinating weed but wondering what cannabis seeds look like?

What Do Weed Seeds Look Like: Characteristics of Healthy Cannabis Seeds

Unripened cannabis seeds may look different from matured ones. If you are looking to germinate cannabis seeds, you need to identify viable seeds for successful germination.

Let's delve into the specific characteristics:

What Is the Color of the Cannabis Seeds?

Viable and potent cannabis seeds are red-brown, dark-brown, black, or gray and shiny with a glow.

Other cannabis seeds may be light-green, yellow, or white and will still germinate but yield less potent cannabis buds. These kinds of seeds usually have not had time to fully mature.

They Have a Hard Peel

Viable cannabis seeds that are fully matured and ripened have a smooth and hard shell covering. It is also free of cracks, unlike immature ones.

To test for the hardness of a cannabis seed shell, you can apply just a little pressure on the seed using two fingers. If it crumbles or cracks, it is immature and likely of poor quality.

Remember to use protective linen gloves when handling the cannabis seeds because they can quickly draw moisture from your hands and thus, get damaged.

The float test involves placing the cannabis seed in a glass of water to test its viability. A viable seed should sink after floating. Highly potent seeds will start sinking after even two hours.

If a cannabis seed does not sink after 12 hours of floating, touch it with a finger to see if it will sink. If it does not, then it is unlikely to be viable since it indicates insufficient mass.

Avoid keeping the seeds for more than 24 hours in the water during the test because they suffocate due to inadequate oxygen.

You should perform the float test only when you are ready to plant the marijuana seed immediately after because the test initiates the germination process. Therefore, do not restore the seed; instead, plant it after the test.

What Is the Size and Shape of a Cannabis Seed?

Healthy cannabis seeds have different sizes. They are approximately 2-5mm in length and 2-3mm in width. Others may be large and bloated in appearance due to their genetic composition. For example, magnesium and calcium may boost the cannabis seed circumference.

The size does not impact the viability of the seed, provided a seed features all the characteristics like color, hardness, and mass.

Healthy cannabis seeds are oval-shaped. They appear like a tear-drop tapered on one end and round at the other. The genetic composition may cause seeds to adopt a different shape. Such seeds are likely to yield less potent marijuana plants.

What Are Regular Cannabis Seeds?

Regular seeds are inbred or not backcrossed cannabis seeds. They come as a mix of male and female when you buy a packet from a seed bank.

You can sex out regular seeds from germinated cannabis seeds by discarding cannabis plants that display balls when the reproductive organs show.

The male plants typically do not produce buds and pollinate female plants, resulting in seeded flowers.

What Are Male and Female Weed Seeds?

Typically, because marijuana growers germinate weed for THC, they will also grow male cannabis seeds for breeding purposes. In this case, the growers harvest the male weeds early on to prevent them from pollinating the female cannabis plants.

Several factors may influence the sex of a weed plant. They include; lunar stages, weed seed age, environmental conditions, and chemicals.

How Can I Identify Male or Female Weed Plants?

You can distinguish or identify male or female weed plants about three weeks after germination. The plants you wish to determine their sex need to have the exact germination date.

But why do you need to determine the sex of a weed plant?

When you know the sex of your weed plants, it is convenient to harvest or discard the males before pollinating the females. When pollination occurs between the two plants, it will ruin the growth of the female plant and cause it to produce seeds.

Males adopt a vertical stature and have fewer leaves and branches, unlike female cannabis seeds or plants. They look weak and unhealthy and develop buds that appear like balls instead of flowers.

The features manifest themselves between the third and fourth leaves of the main stems of weed plants. This is the period in which the sexual disposition of the cannabis plant sets in.

Female weed seed plants develop a lot of hairs at the ends of their ramifications during the flowering phase, while the males do not.

It is essential to note that some cannabis seeds may develop male and female sexual organs. Such plants are called hermaphrodites.

Hermaphrodites can pollinate and hence, can damage the female weed plants. Interestingly, they can also pollinate themselves, thus passing on their sexual genetical disposition to their new plants. So, like male weed plants, you need to discard them before they can cause damage.

What Are Feminized Cannabis Seeds?

Feminized cannabis seeds are selectively bred to produce only female plants for getting buds. The seeds are identical to a self-pollinated female parent; they have a similar genetic formation.

Feminized seeds exclusively yield female plants, so you do not need to sex them out. The guarantee to produce only female plants ensures you only get female buds. It reduces the risk of a male seed, which could ruin your female plants by pollinating them; hence you get seeds instead of buds.

Feminized seeds also ease your germination process since you will not have to go through sexing out the seeds.

There are several methods of feminizing cannabis seeds.

Feminization is an effective process. It gives you the peace of mind that your seeds are female. However, there is a slight probability that the feminized seeds can germinate a hermaphrodite. A single hermaphrodite can spoil a garden of female seeds, so you need to be watchful.

There are dozens of weed strains. Here is a list of top feminized cannabis strain families:

What Are Autoflower Cannabis Seeds?

Autoflower cannabis plants' growth is influenced by age rather than light cycles or the amount of light the plant receives. Their plant growth is short, about two-and-a-half to three months from germination. However, they are less potent.

The flowering stage of non-auto flower plants starts when the amount of daily light reduces. If you are growing weeds outdoors, flowering will kick in at the start of autumn when the sun starts setting earlier in the day.

However, if you are germinating cannabis indoors, you can regulate the length of the period for which your plants can receive light. For example, from 18-12 hours per day.

A typical example of an auto-flowering seed is Cannabis Ruderalis. It starts to flower when the plant reaches a particular age, irrespective of the amount of light.

What Are the Pros and Cons of Autoflower Seeds?

Autoflowers have a short growth span, so you can optimize your harvests by germinating the seeds multiple times in a span of a single regular harvest.

Autoflowering cannabis seeds are also efficient in that they develop faster than photoperiod seeds. As such, when they are due, you can easily avoid pollination.

Autoflower seeds also offer some convenience in that they grow faster; you will be done with them within a short time. They also grow short and hence are perfect for privacy.

The downsides of autoflowers are their low potency and low yield due to their small size.

No. When a cannabis seed cracks, the crucial elements with the genetic disposition get exposed; hence the seed will likely not sprout.

The shiny hard shell protects the internal material. You need to protect it from damage as much as possible. You can stash the seed in vials stuffed with cotton wool so that they don't rattle against each other.

Is It Legal to Buy Marijuana Seeds?

The legality of marijuana seeds depends on the state you live in. Some states allow the use of weed while others do not. Also, some allow marijuana for recreation while others allow it for medical use.

If you are allowed to use marijuana for medical purposes, you will need a written authority to buy. Where adult use is legal, you can sell, buy, produce, or buy within the state lines.

Marijuana in seed form or any other forms, e.g., concentrates, edibles, or flowers, if not allowed, is illegal.

Where Can I Buy Cannabis Seeds?

You can buy seeds from a seed bank. Many companies breed various cannabis strains. Reputable seed banks offer high-quality seeds to suit your specific needs. They are specialists in breeding different types of seeds.

Alternatively, you can buy seeds from a weed seed enthusiast or hobbyist. However, you will need to be a bit more careful when buying weed seeds from such a person by understanding their expertise first.

You will find seed banks in states that allow adult use. However, you can not buy from outside your state.

Also, you are disallowed from importing seeds from other countries. If found, they will be confiscated, and you could face prosecution.

How Much Do Marijuana Seeds Cost?

The quality of your weed seed directly impacts the quality of your harvest. A quality cannabis seed can partly be assessed by looking at its appearance. When selecting which seeds to plant, be sure to use the above information. Also, remember weed plants are different, meaning their seeds also differ slightly.

How long do marijuana seeds last before they go bad?

Marijuana seeds can last as long as several months up to a year when well protected. When refrigerated, they can even last a decade without going bad.

How do I store weed seeds?

Store your cannabis seeds in a cool, dry, dark environment like in a refrigerator. Ensure you pack them in a tightly-closed plastic bag to prevent them from contact with moisture.

Both female and male cannabis seeds have a similar appearance.

Can you tell the sex of the weed seed from its appearance?

How Often to Water Cannabis

How Many Watts Per Square Foot for Lighting? | Best Conditions for Growth Explained!

How Many Seeds Do You Need to Grow Weed? | Our Detailed Guide Will Help!

Feminized Seeds Light Cycle | Why is it Important for Growth and Yield? 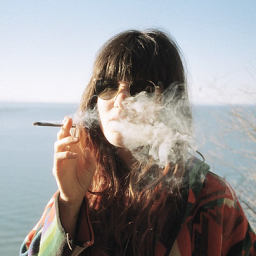